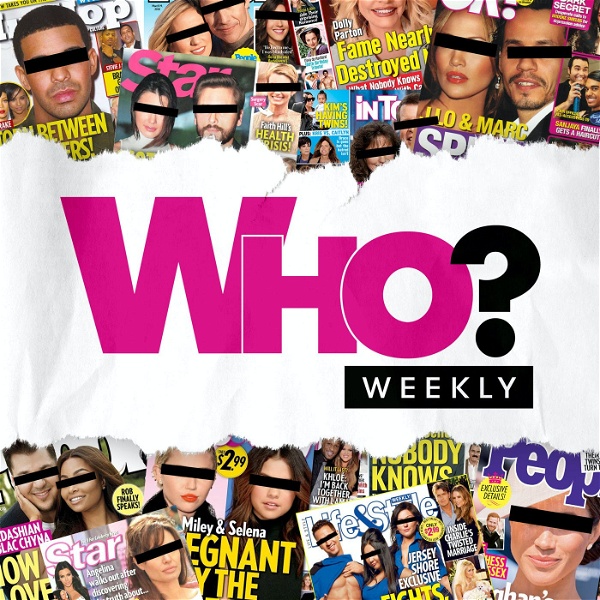 “The idea is that you’re in a grocery store, you’re looking at the tabloids, you’re looking at the covers, and you’re saying, ‘Who are these people? I’ve never heard of any of them’—those are Whos,” says Lindsey Weber, co-host and co-creator of Who? Weekly, Apple Podcasts’ Spotlight show for July 2022. “And, the Thems are kind of the opposite: the Brad Pitts of the world, the kind of prominent A-listers that everyone knows who they are,” adds Bobby Finger. “So, people that make you say, ‘Who?’ and people that make you say, ‘Oh, them.’” This is the driving concept behind a podcast that, like so many good ideas, started life as an inside joke between friends and found success because of that palpable chemistry. “We're really trying to mimic the calls you have with your friends talking about the gossip,” says Weber. “It's just two friends on the phone, quite literally, talking about celebrity gossip.” Weber and Finger first met on the internet, in the golden age of Tumblr, brought togethe... more

Do you want to know how many people listen to Who? Weekly? Or perhaps how many downloads it gets? Rephonic has scanned the web and collated all the information we found in our podcast database.

On today's episode of Who's There, our weekly call-in show, we discuss the unusual new friendship between Kaley Cuoco and Bill Nighy before playing so, so, so many of your calls. First up, you'll hear two of maybe 50 calls we received about why a pre... more

Frequently Asked Questions About Who? Weekly

Where can I find podcast stats for Who? Weekly?

Rephonic provides a wide range of data for two million podcasts so you can understand how popular each one is. See how many people listen to Who? Weekly and access YouTube viewership numbers, download stats, chart rankings, ratings and more.

How do I find the number of podcast views for Who? Weekly?

How do I find listening figures for Who? Weekly?

Podcast streaming numbers or 'plays' are notoriously tricky to find. Fortunately, Rephonic provides estimated listener figures for Who? Weekly and two million other podcasts in our database.

How many subscribers does Who? Weekly have?

To see how many followers or subscribers Who? Weekly has, simply upgrade your account. You'll find a whole host of extra information to help you decide whether appearing as a sponsor or guest on this podcast is right for you or your business.

How many listeners does Who? Weekly get?

How many episodes of Who? Weekly are there?

Who? Weekly launched 7 years ago and published 887 episodes to date. You can find more information about this podcast including rankings, audience demographics and engagement in our podcast database.

Where do you get podcast emails for Who? Weekly from?

Where does Rephonic collect Who? Weekly reviews from?

How does Rephonic know which podcasts are like Who? Weekly?

You can view podcasts similar to Who? Weekly by exploring Rephonic's 3D interactive graph. This tool uses the data displayed on the 'Listeners Also Subscribed To' section of Apple Podcasts to visualise connections between shows.